Thirty hours by way of KLM Royal Dutch Airlines, gets you from Vancouver B.C. to Entebbe Airport in Uganda, the ‘Pearl of Africa.’ Then on to Kampala City, another forty-five minutes on a modern, newly constructed highway for most of the trip; evidence of the investment and influence of the Chinese government so prevalent in recent years, and we reach Kampala City, the capital of Uganda. Once off the motorway the roads within the suburbs and city are rugged, crowded, dusty and dark, but we are soon enjoying a late night reunion with our son Aaron, his wife Laila and the most recent 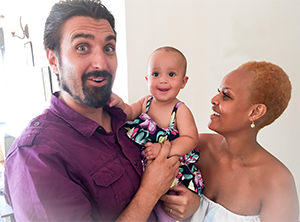 addition to the clan, granddaughter Aylah Kimberly Elton. But our final destination is still two days away. We settle down in their apartment to make ready for our trip to Priceless Farms, another two-and-a-half hour drive that, once outside the city perimeters, is mostly reliable pavement and well-marked roadways. The last sixty to seventy miles to the farm is again, adventurous.

The farm is located on the shores of Lake Kyoga, one of the many large lakes in the 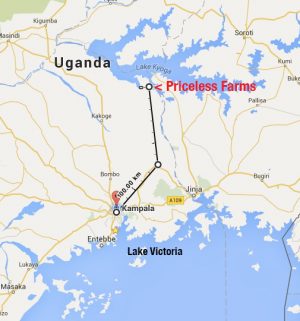 country, Lake Victoria being the most notable. The Nile River, which originates in Jinja, at the eastern end of Lake Victoria flows through Kyoga then on to Lake Albert on route to Egypt. The Nile at this early stage of its journey is something to behold with amazing vistas, floating islands of hyacinth and frequent rapids where sport rafting is a ‘thing’ now for tourists and there are many world-class resorts and adventure tour destinations along its banks.

This is the setting at Priceless Farms, a pristine environment that has never been adulterated with industrial pollution. The forests and soils that have been abused and mistreated in recent years but fundamentally fecund and highly productive when properly managed. Everything grows quickly and the land is teaming with life. The nearby village of Kasokwe is a short drive away, many walk it, is typical of the many ‘trading areas’ as they are called all along the drive up, where the roadway is dotted with vegetable and fruit stands of wonderfully delicious organic produce. We make a stop at one for fresh provisions. 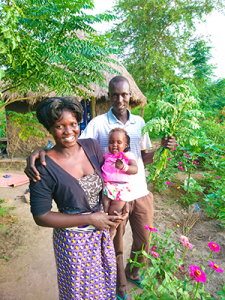 Eighty-six percent of Uganda’s population live in these rural areas and live primarily off the land, a large portion of the total economy that represents just 14 to 16% of the country’s GDP. We arrive at the farm and are greeted by several of the dogs that live here and protect the property and its inhabitants. There are now 22 families, approx. 90 people, living on the farm in the Shamba System, Cluster Farming model that is fundamental to the operation’s business design. Most of these hard working, brave people were subsistence farming on nearby lands as squatters. Under contract with Priceless they now have the safety of a community, 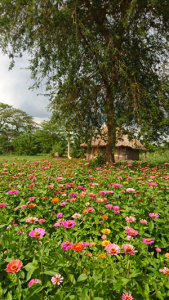 water at their doorstep, comfortable shelter, basic health care, a solar panel that provides light, and a charger for a cell phone—the means by which they get paid, and about three acres of land to work and profit from. They are assisted in setting up their homestead in the permaculture model and half of the produce they produce on their plot is for their own use. The rest goes into a co-op with the other shamba families and sold into markets in the city from which they also profit. They are paid a monthly stipend and are regularly trained in the art and science of permaculture design at Base Camp One, which is the administrative centre of the farm. They are the watchful stewards of the farm’s trees, fruit and vegetable crops and animal systems. They are the invaluable work force that is at the heart of the Priceless Farms model.

In the permaculture farming model, trees represent seventy percent of the plant mass and fibre of the farm. Trees provide a multitude of products, supports, protection and benefits to the other plants, animals and people that inhabit the farm. Trees are the mother species of the land and they are the ultimate caregivers of us all. They in turn need to be respected and cared for. The returns for that stewardship, love and care are abundance far beyond the inputs provided. A well-designed, properly managed farm is truly magical. 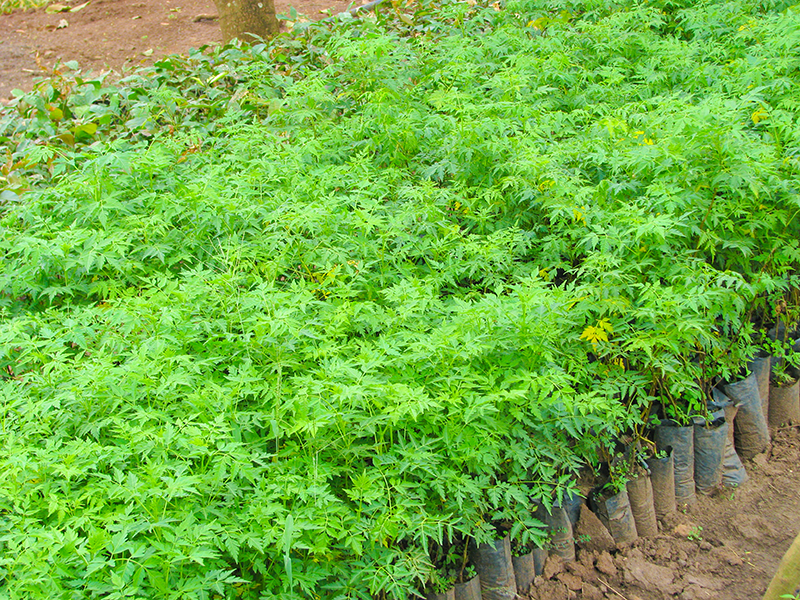 We have come to Priceless Farms to work some of that magic on this wonderful land. Over the next month we will plant up to 100,000 Lira Trees that will be intercropped with symbiotic vegetables under the constant care of the people on the land whose lives and futures are so intimately entwined with the land, the soils and the trees that protect and provide for them.

WATCH THE ARIVAL OF THE SEEDLINGS VIDEO HERE

This is the vision and mission of Ventree Plantations. This is our “First Planting.” A humble beginning in the pursuit of a noble and ambitious plan that we believe will propagate and grow throughout this region and well beyond. ~